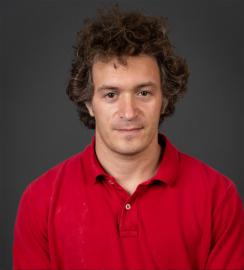 Daniel Kane was a postdoctoral researcher in the Department of Mathematics at Stanford University on an NSF Postdoctoral Research Fellowship. Kane has a dual appointment with CSE. Prior to Stanford, he attended graduate school in mathematics at Harvard University (Ph.D. '11, MS '08). Before that, Kane received two BS degrees at MIT in 2007, one in mathematics with computer science, the other in physics.

Kane has diverse research interests in mathematics and theoretical computer science, though most of his work fits into the broad categories of number theory, complexity theory or combinatorics. In 2013, he received the Best Paper award at the Conference on Computational Complexity, and a decade earlier Kane – as a member of the USA team – won a gold medal at the International Mathematical Olympiad in 2002 and again in 2003.