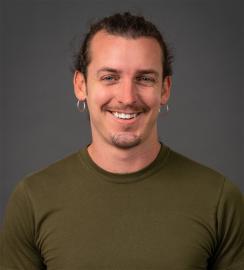 Brandon Seward received his Ph.D. in mathematics from the University of Michigan in 2015. Prior to his appointment at UC San Diego, he held postdoctoral positions at the Hebrew University of Jerusalem and the Courant Institute of Mathematical Sciences. Seward's research is in the areas of ergodic theory, topological dynamics, descriptive set theory, and group theory. He studies combinatorial, geometric, and entropic aspects of actions of countable groups, with a focus on the divide between amenable and non-amenable groups. His work on entropy theory for actions of non-amenable groups has been highly recognized, with his Ph.D. thesis winning multiple awards and his later work on this topic earning him the Michael Brin Dynamical Systems Prize for Young Mathematicians in 2018.