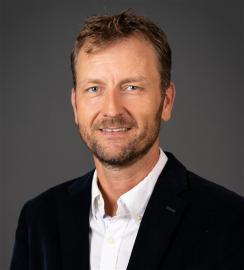 Claus Sorensen received his Ph.D. in Mathematics from the California Institute of Technology in 2006. Following graduation Sorensen was employed at Princeton University, first as an Instructor from 2006 to 2009, then as an Assistant Professor from 2009 - 2013.

Sorensen's main area of research is Number Theory and Representation Theory centering on the interaction between automorphic forms and Galois representations, commonly referred to as the Langlands program.