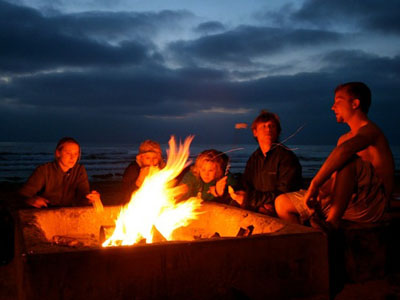 Ahh, the Jerome. The Jerome is not just a welcoming party for new admits, but an age-old UCSD Math Department tradition with very specific objectives. This party is designed for the incoming first year students and hosted by the students who have just completed their first year.

The Jerome has a rich history, dating all the way back to the year 1992. The previous year’s graduate students had done poorly on their qualifying exams (so poorly in fact that only a few stayed on! The department has since come a long way in terms of retention). That year also had a rather dismal orientation program for the incoming students. Enter Jerome Braunstein, graduate student. Jerome was a senior graduate student at the time and took it upon himself to fill in the incoming students on all sorts of stuff related to life in the department. This passing of information became a tradition, and each year the second year students throw a party to welcome the first years in the name of Jerome.

All the math grad students can attend, but NO professors or administrators are allowed. The idea is that in addition to all the other orientation received by incoming students, here they will have a chance to learn things about the department, and even perhaps specific people within it, that would otherwise not be divulged at official department functions.

The party is always very well-attended and usually involves a big BBQ at a pleasant San Diego location, such as the beach. This is sometimes followed by an evening get-together at some math grad student or another’s place of residence.